The site for anyone stationed at any of the Air Bases in Malta over the years.

© RAF Badges and other Crown Copyright material is reproduced with the permission of and under the terms of a licence issued by the Directorate of Intellectual Property Rights, Ministry of Defence.
These crests were created by Steve Clements for the 'Air of Authority' website of Malcolm Barras. 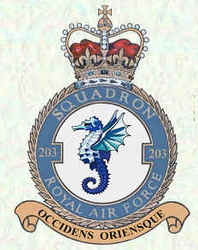 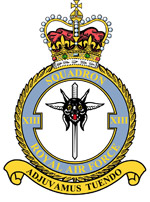 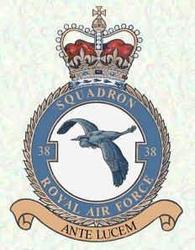 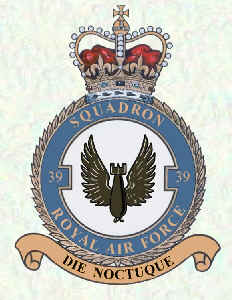 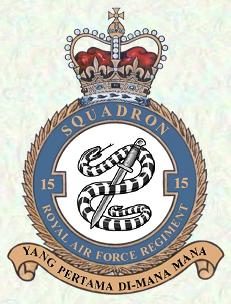 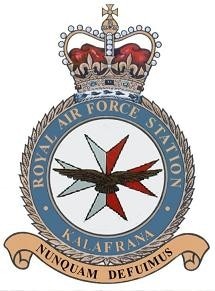 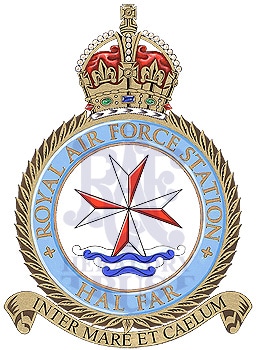 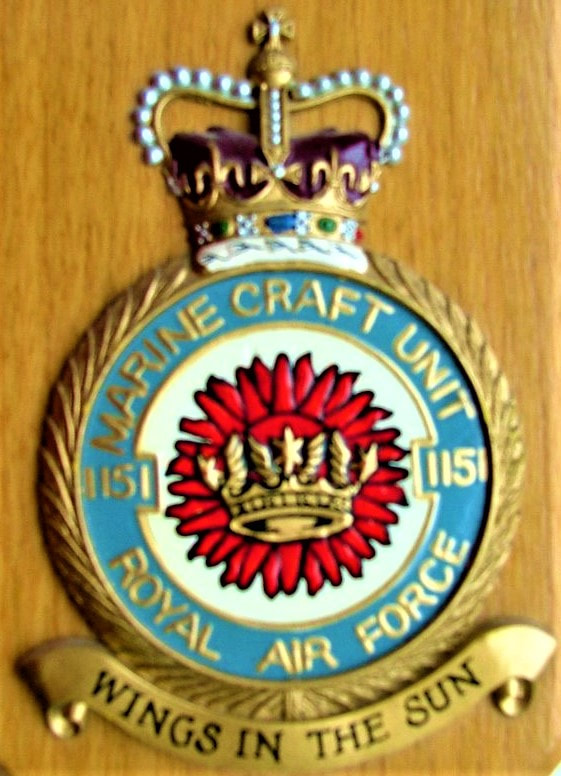 Closest translation of the Maltese motto on the station badge I can come up with is 'Never captured by it's enemies'. My friend, Grace Aquilina, gave a literal translation of 'the airport has never been won by the enemies'.

I was stationed at RAF Luqa September 1972 to February 1974, short toured due to promotion to Corporal and shipped back to the UK.
RAF Luqa has a long and meritorious history, particularly during World War II. From 1941 to 1943 the RAF base was very important for British forces fighting Italian and German navies in the Mediterranean. Support of troops fighting in North Africa also played a big part in the bases' history and proved it's strategic worth time and again.
The air battles over Malta are well documented as is the staunch support of the Maltese people which earned them the George Cross.
Other airfields were built on Malta apart from Luqa. TaQali and HalFar, Safi, Qrendi and even on the island of Gozo.

Since the war Luqa has taken part in the Suez crisis of 1956 as well as serving as the civilian airport for Malta, sometimes being referred to a Valletta Airport.

When I was posted to Malta in 1972 we were just returning after being requested to leave by the, then, Prime Minister Dom Mintoff. On our return there was much refurbishment to be undertaken and the communications relay station at Siggiewi had to be re-equipped. This meant the terminal communication centre at Luqa airport had to act as relay centre until control could be handed back to Siggiewi. It was a happy day for the terminal commcen staff when that happened!
While there we had a squadron of Photo Recon Canberra's and Maritime Nimrods stationed permanently at Luqa but often had visiting aircraft, not least of all the compliment of HMS Ark Royal (Phantoms etc.) as they were unable to take off from the ship while in harbour.

We left again in 1979 after a dispute between the British and Maltese governments about continuing the lease. There was also a disastrous crash over the village of Zabbar involving a Vulcan bomber which affected feeling towards the RAF presence.

Malta is one of the most conquered countries in the world, probably THE most. Here is a very quick summation of the history of Malta. You may get dizzy but it's interesting.

Hows this for stirring memories
Spitfire and Hurricane over Grand Harbour
Thanks to Bob Croton for bringing this to our attention. 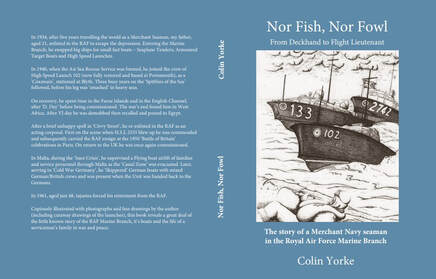 Colin Yorke - 'Nor Fish Nor Fowl"
Colin has supplied a lot of photographs, many about 1151 Marine Craft Unit, newspaper cuttings about the MCU, Maritime Activities, Suez evacuees, Sunderland Flying Boats etc.
Fascinating and historic photographs for which I am very grateful to Colin.
They can be found in a separate section of the 1151 MCU page.
Colin York - Link to Page


RAF Malta is the first of several documentaries being produced by Tod Nicol as part of the “outposts of Empire” Project. This 90 minute programme tells the story of the RAF on Malta from its humble beginnings at Royal Naval Air Station at Kalafrana in 1917 to its final days at RAF Luqa prior to the British withdrawal in 1979.
Through interviews with veterans and historians we hear how the Island became an outpost of Empire during the Napoleonic Wars, the Head Quarters of the Royal Navy’s Mediterranean fleet.

The second siege of Malta is shown in archive film from the World famous Imperial War Museum Film Archive illustrating the memories of veterans who flew from Malta and ran the gauntlet in the Malta convoys to resupply the Island with Spitfires. The Cold War era is recalled by the men who flew and supported NATO anti-submarine patrols in Shackleton, Canberra and Nimrod aircraft tracking down Soviet shipping and peering over the Iron Curtain to photograph activities in Russian controlled territories the Gulf and Middle East.

The final months are also remembered with sadness as the British finally withdrew after 160 years to become an independent country and a thriving member the European Community.
To purchase a copy of Outposts of Empire, RAF Malta or further information on the Outposts of Empire project visit www.outposts-of-empire.co.uk 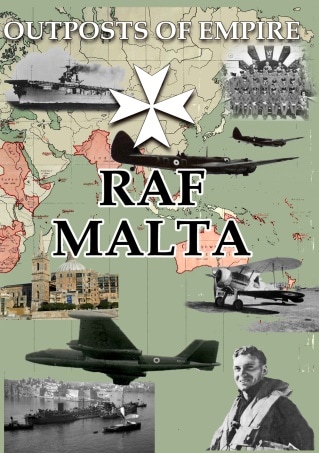 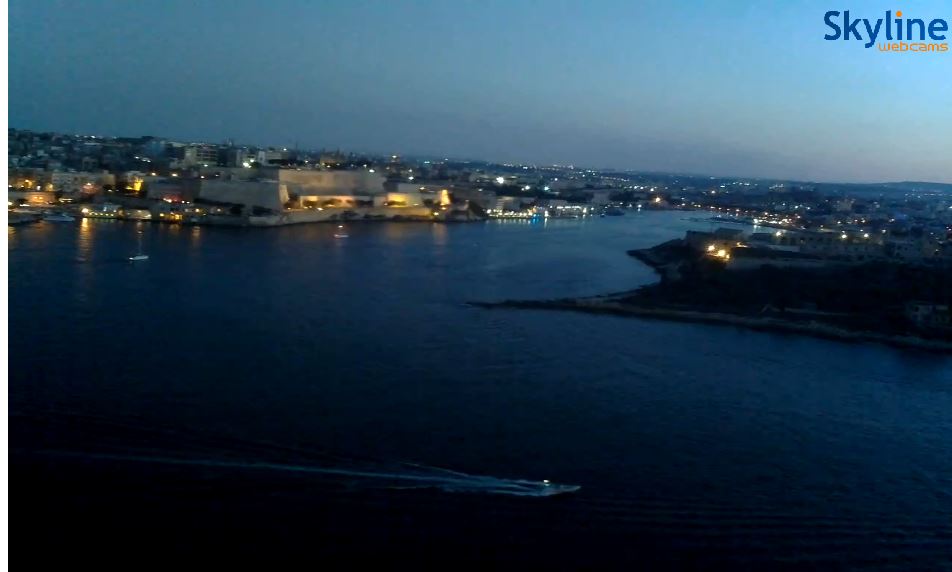 Crests of RAF Bases in Malta
Courtesy of the War Museum, St Elmo.
Photograph of the plaques was taken by David Gerrard and is on the Tal Handaq Nostalgia website 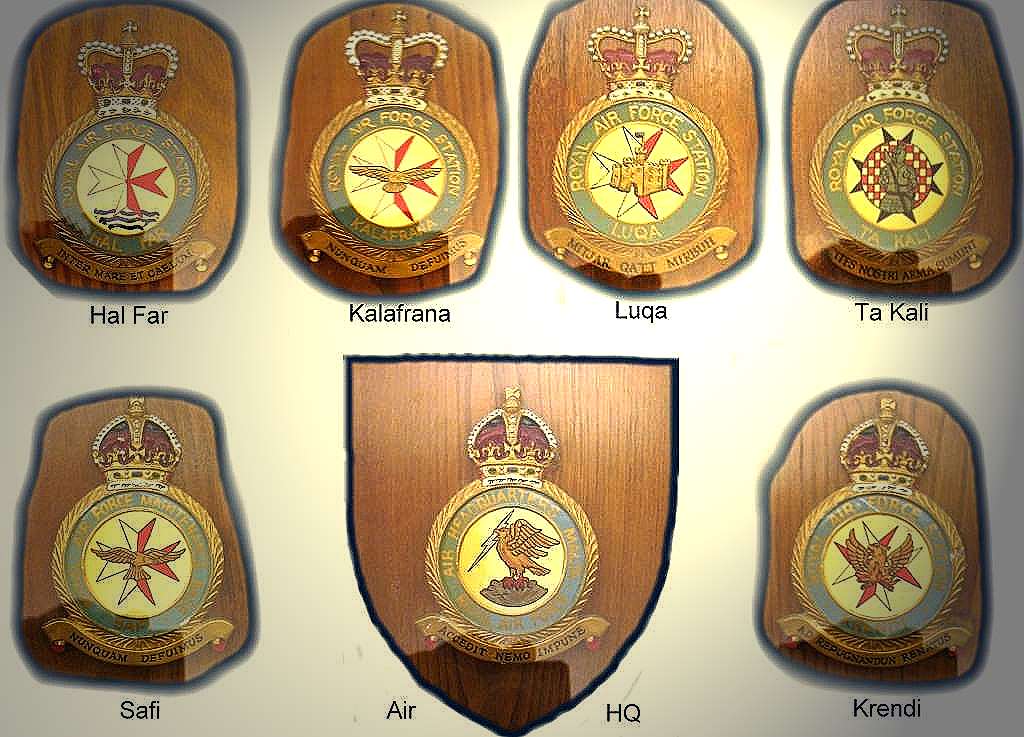 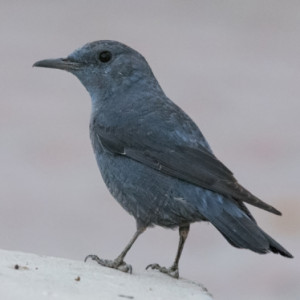 This photograph of the Blue Rock Thrush was taken in Oman by Hilary White, a renowned photographer in the area who has an amazing collection of photographs about birds of Oman. She spotted this quite by chance and took the excellent photograph from a long distance at ISO5000 (doesn't mean much to me but I believe photographers will be impressed).
This particular bird must have been visiting Oman but it's a long way from Malta so makes you wonder how, and why, it turned up on the Northern coast of Oman. 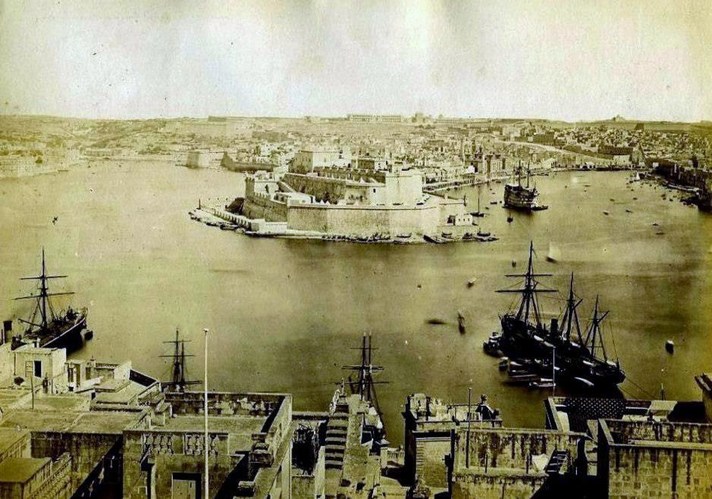 There is a plan being formulated for a heritage centre with an MR2 as it's centrepiece.
Details can be seen at THIS LINK which was provided by Capt Bryn Wayt. 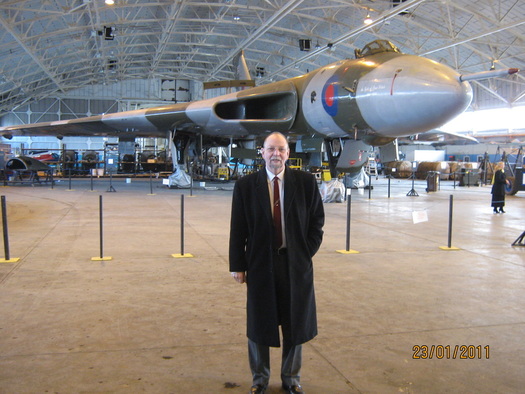 Yours Truly, Dave Rose during a hangar tour at RAF Lyneham when XH558 was undergoing it's 2010/2011 winter service. 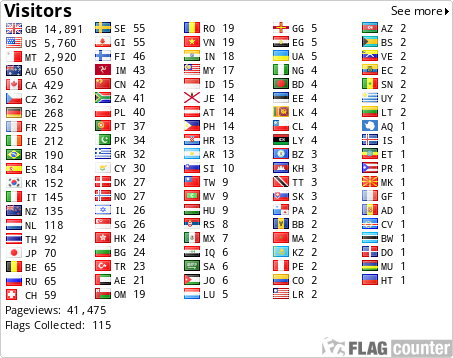