It's all about me me me!

David Rose RAF Luqa, September 1972 to February 1974. Got posted back to RAF Boddington on promotion to Corporal.

If you have photo's you'd like to add to this site please send them to me by email and I'll upload them.

This is me now (left), see below for a photo that you might recognise if you knew me in Malta in 1972-74. I look just the same, a little less hair maybe! The photo above is me in RAF Gan flight watch,same equipment as used in RAF Luqa Flight Watch, next to the Operations Room under the Air Traffic Tower.

I've started this site because I've noticed a sad lack of information about RAF Luqa on the internet. There's lots of photographs on Service Pals but no information as such.
I loved my year and a half in Malta, some thought it was too small but the people, and the sailing, were just great and I feel a great affection for the people and the country even after 4 decades.

As you may have known me! 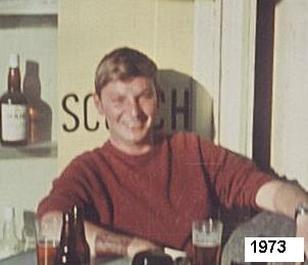 David (Geordie) Rose Enjoying a Hop Leaf (never really got into Cisk) outside a Sliema bar in 1973.